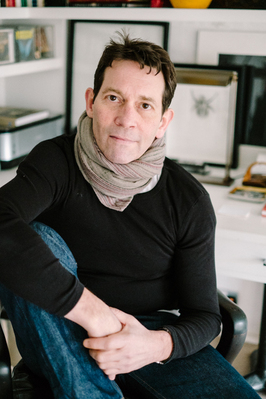 Duncan Macfarland studied at the University of California at Berkeley, MUDRA Performing Arts Centre, Belgium and the  Royal Conservatory of Music, Brussels and holds degrees in Dance/Theatre/Music,  Computer Science, Psychology and Philosophy.  He has directed and choreographed over 100 works for the stage for dance, theatre and opera companies  throughout the world.  In opera, his work as a director, choreographer, associate director and revival director has been seen at the Royal Opera House Covent Garden,  La Scala Milan, Teatro Real Madrid, China's National Centre for the  Performing Arts Beijing and Opera de Lyon, among many others.  In 2015, He founded wild geese productions to further his exploration of integrated performance , presenting a major new work in beijing in the summer of that year.  Recent projects include directing a new  Theatre/Music/Multi-media work based on the music, life and writings of George Butterworth, developing a new approach to audio description in collaboration with Ruth Willow Mariner and gestalt arts.   Future plans include new productions in France and the United Kingdom.

Best of all is Duncan Macfarland’s production...well known for his work as a choreographer, Macfarland strikes a hit here with a lively, well-paced show...

I found the performance to be one of the most deeply moving experiences I have had in the theatre in the last year.  It mattered, and deeply.
EXTRAORDINARY: The Life And Music Of George Butterworth
Sally Marie - Sweetshop Revolution